Who knew nor thought this could be the move that could cool down the political temperatures in Kenya?

Just like anyother day in the Kenyan capital city Nairobi the business was as usual until Kenyan tv station read ;Breaking news and all the nation tuned into the stations to watch and listen to the breaking news.The two powerful leaders walked out of Harambee House hand in hand as the brightened the Kenyan Tv screens.

This surprised many as not even the journalist at the Harambe House had an idea that talks between opposition leader Honourable Raila Odinga and Honrable Uhuru Kenyatta were taking place in the Harambe House.All the journalist could do was watch in amusement as the leaders walked towards them to deliver a powerful speech that could finally cool down the political temperatures around the nation.Kenyans never at all expected this.

The two leaders were the only solution to cool down the political temperatures in the nation,and to my opinion they did it right.Some politicians we dissatisfied with this action and brought about all types of allegations For example ; some framed it as a way of keeping the Deputy President from the 2022 presidential bid.Politicians who had the will of the people at heart used all great words to congratulate the two leaders and even encouraged them to go on with the same spirit of uniting the Kenyan people “For how long are Kenyans going to suffer due to political violence and mistakes of leaders ???” I was never a part of their dialogue but I believe this was the main question that the asked each other as they held the talks and this might have led them into making the right choice.

Innocent Kenyans suffered due to the political violences after election a good example is baby Pendo from Kisumu county. An innocent soul that had no idea what was going on: R.I.P baby Pendo.

Surely it was time to end political differences and the loss of lives. Dating back to 2007/2008 post election violence when lives were lost and many displaced it pains alot.

Am a loyal supporter of the handshake what the two leadersdid was right whether their political counterparts are happy or not about it, it is their choice.

The price of the handshake is now paying as Kenyans are at peace going on with their day to day businesses.

The handshake led to the creation of building bridges initiative. The initiative s aimed at bringing Kenyans together regardless of the tribal and political differences.

An event played as the game changer followed the handshake ;The national prayer breakfast.This marked the new start in the Kenyan political field.The leaders from both political divide were in attendance and it was the first platform the leader shared together since the 2017 elections took

The president played the role of the mediator to unite the three leaders can;Honourable Kalonzo Musyoka, Honourable William Ruto and Honourable RailaOdinga, and as expected the president did it well.This marked the first processing of healing the Nation.Kenyans are still looking forward to enjoy the fruits of the handshake.

As a Kenyan youth and an aspiring leader his was a good initiative and Kenya might never experience political violence. 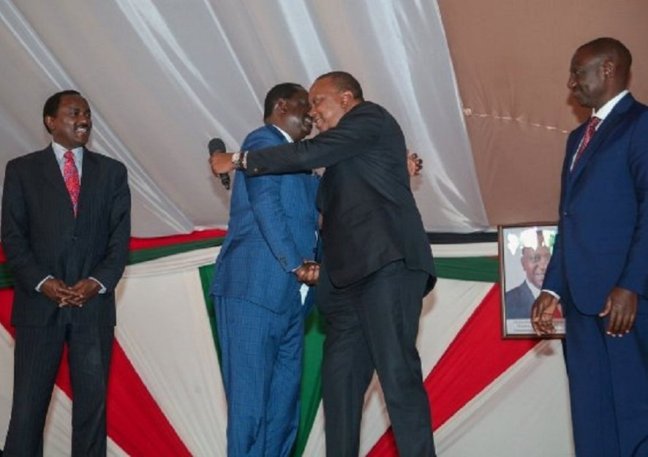 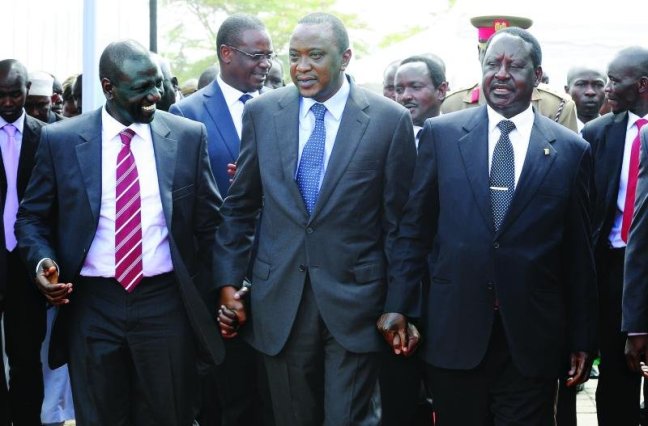 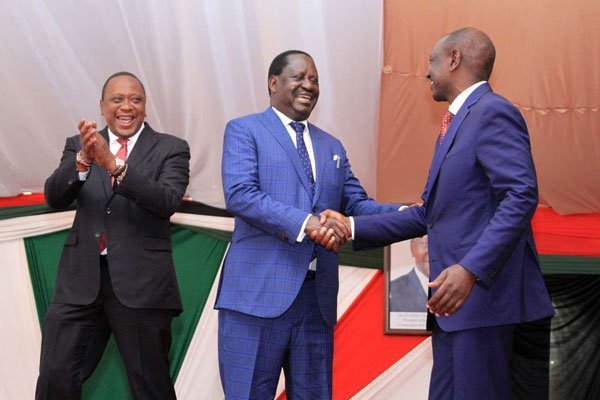 9 thoughts on “THE HANDSHAKE.”